Calling condition helps to send different components to users with different variable values, and these components can be on the same screen.

In other words, the Calling condition checks user variables and distributes users to different screens depending on the value of the variable being checked.

For example, we have a task to make a bot in two languages: Russian and English.

1. Create a screen where using the components of Button with hints and Fork, we ask the user in which language the bot should send messages. 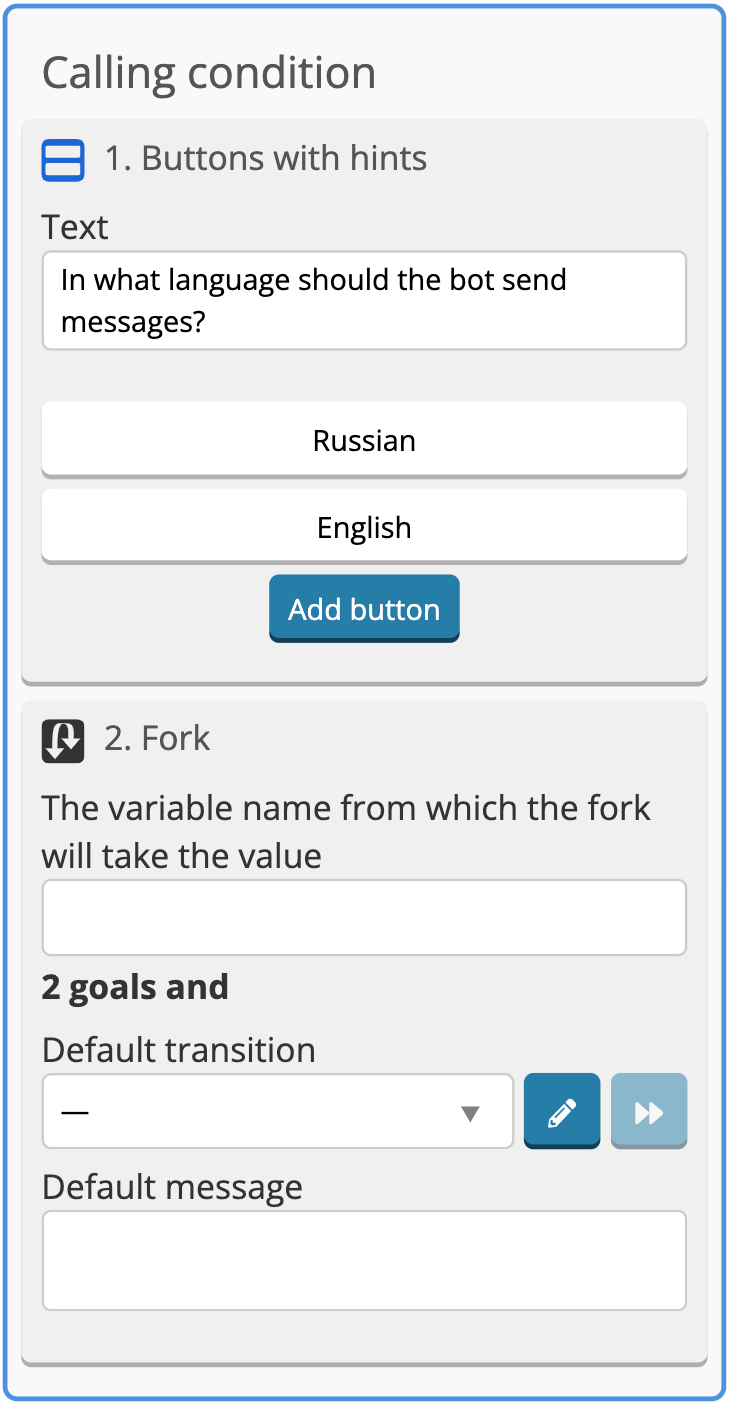 2. In the settings of the fork goals, we write the data to a variable: 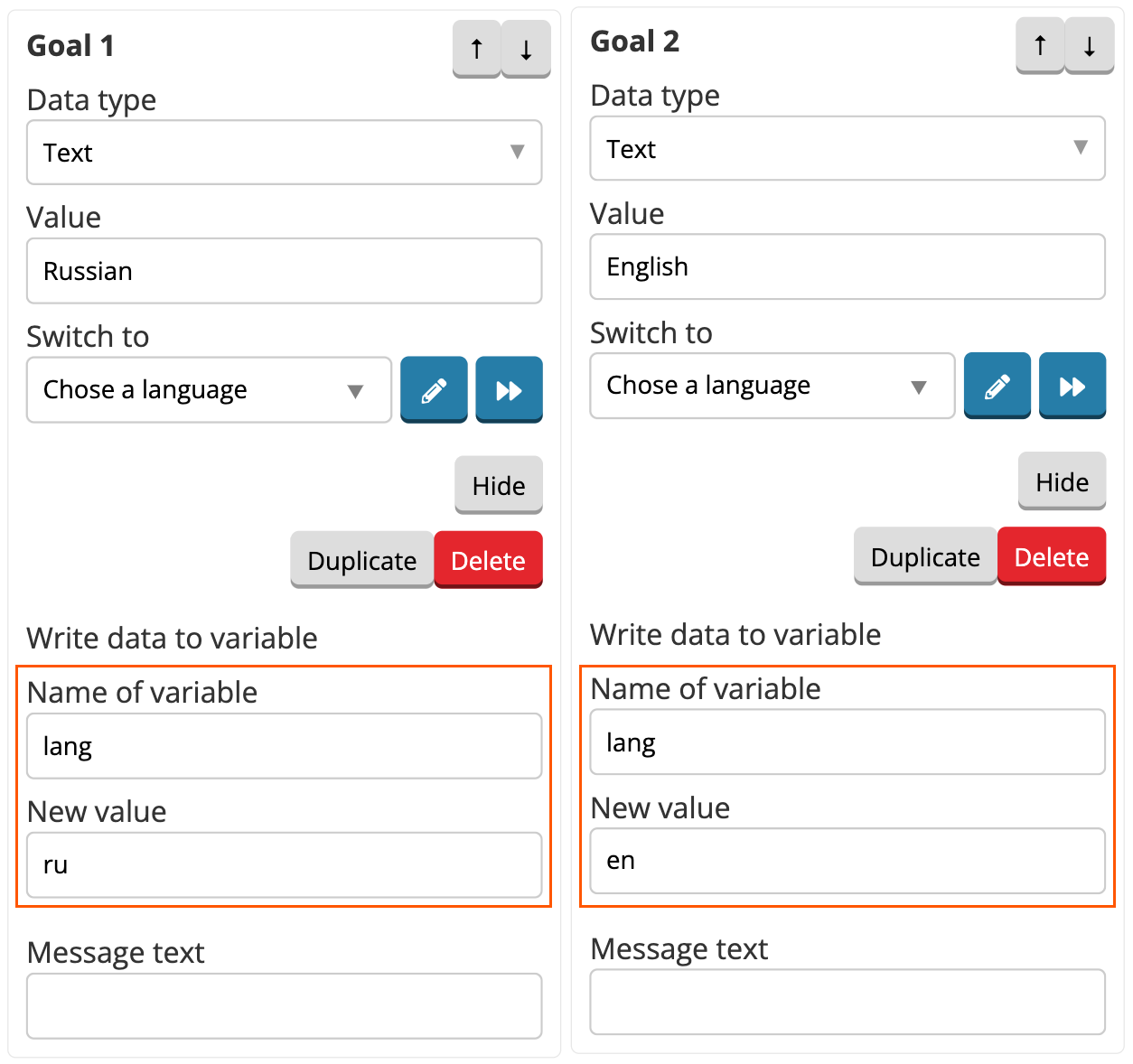 Where lang is the variable where the user's choice was recorded, en/ru is the choice made by the user, eq is a helper for comparing variables. 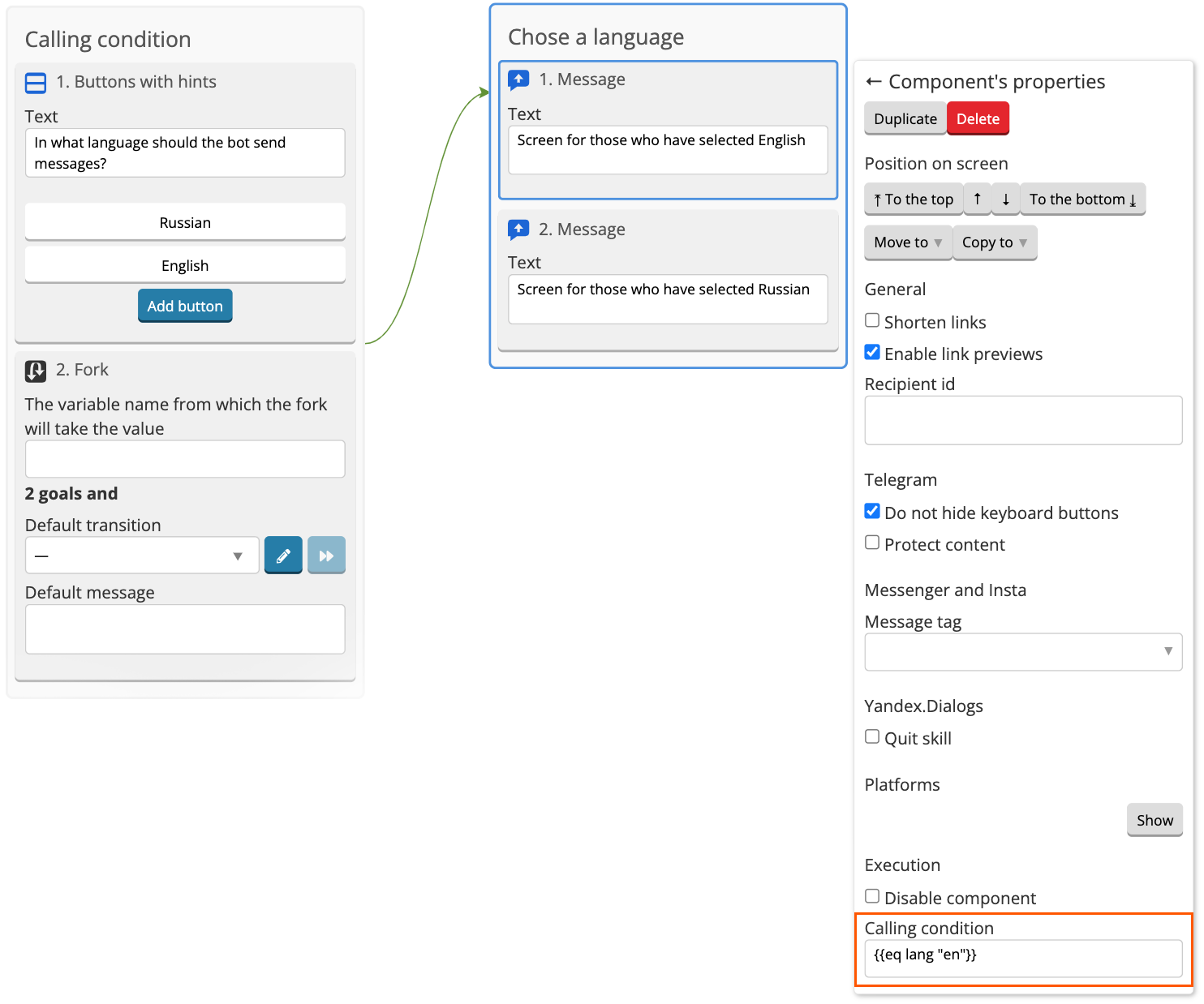 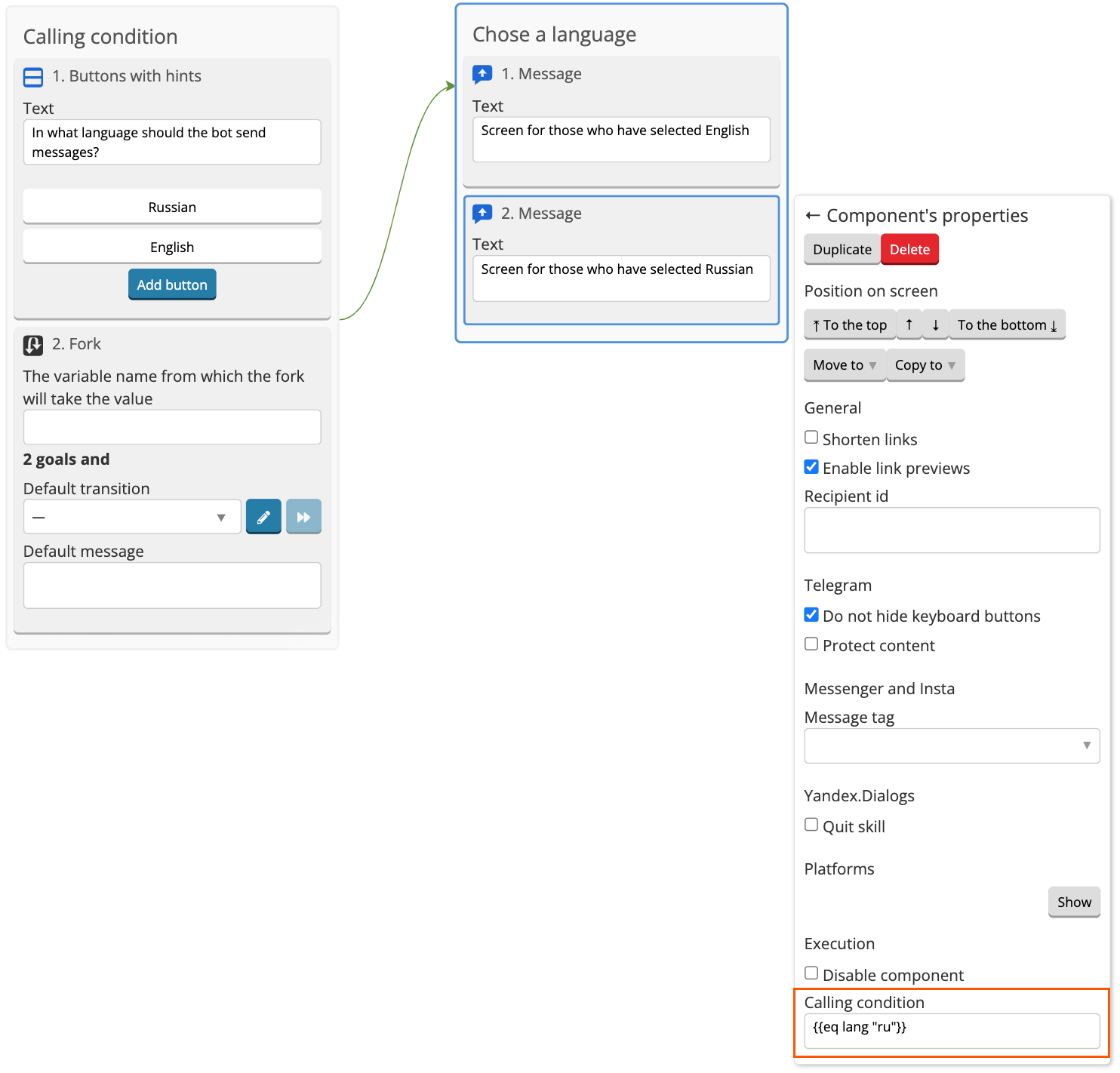 Now the user will receive only the component in the Calling condition of which there is a correspondence to user variables.