The function allows you to select the recipient of the message. Works in all outgoing components (messages, buttons, media files, etc.). Outgoing components are marked with a blue icon in the upper left corner of the component.

The field can be left blank if all bot users should receive the component.

The field is compilable, so you can write Handlebars templates to it besides user IDs. You can also write the ID to a variable in beforehand and use that variable instead of the user ID. 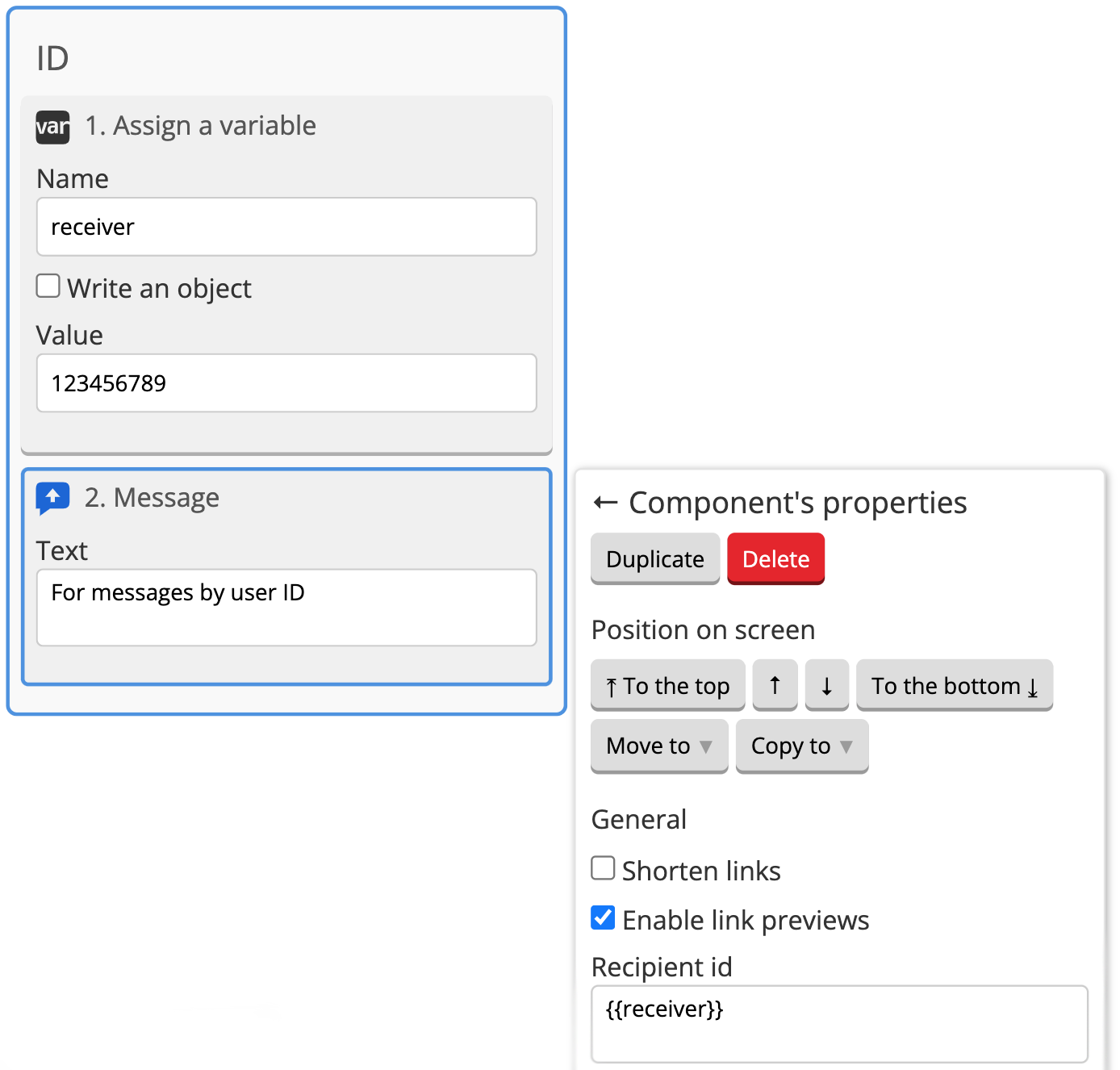 In this case the message will be received only by the user whose ID was written in the variable.

Using the recipient id field, you can send an outgoing component to any user who has previously written to the bot. To do this, you need to write down its platform_id in the recipient's id field. The field is compiled, so you can also write templates to it. This feature allows you to send messages to another through the actions of one user. For example, notifications to managers that a user has placed an order. 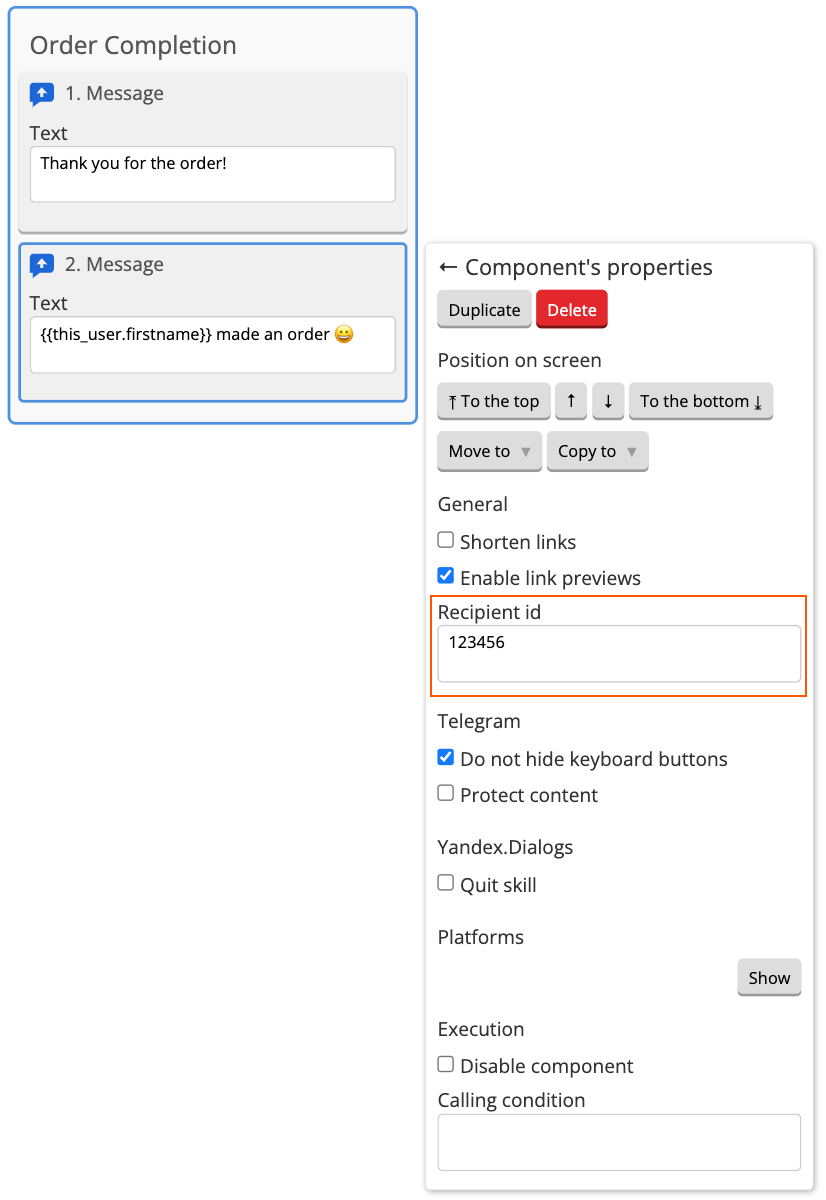