How to output a variable to text

The question how to use variables in the text often arises. For example, how to address a person by name or how to output already existing values. 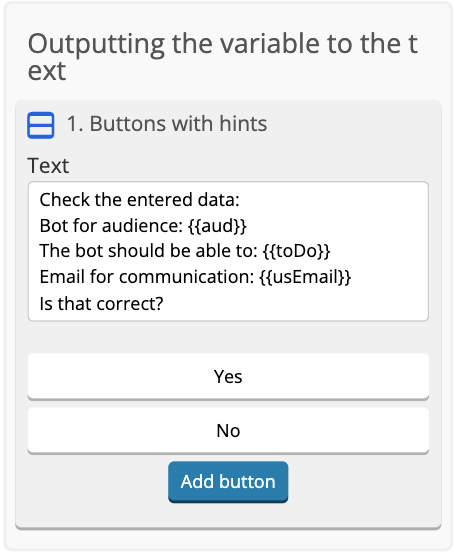 If there are several values in the variable, for example, the this_user variable, we add a clarification of the value, separated by a dot: this_user.full_name